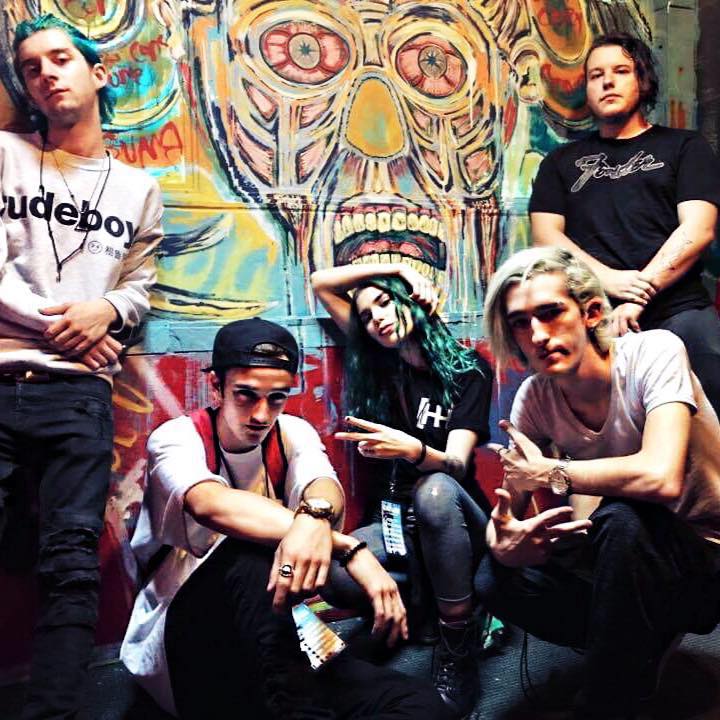 Almost Awake is a young rock band from Las Vegas. This fast rising, high energy group of teen-agers (18-20 yrs old) range in musical influences from Paramore, and Nirvana, to Joe Satriani and Blink 182. The result is a bombastic blend of melody and musicianship.

Almost Awake has sold out headlining shows at venues such as Vinyl at The Hard Rock Las Vegas, performed throughout the west coast with The Extreme Tour, played at the Extreme Thing Sports and Music Festival with Mayday Parade, Saosin w Anthony Green, The Story So Far, Bayside, Set it Off, and Dance Gavin Dance, played the Mesa Music Festival with Fuel and Authority Zero, and opened for such acts as Escape the Fate, Polyphia, Slaves, Capture the Crown, A lot like Birds, Goldboot, Handguns, Roam, Broadside, Hit the Lights and many more.

The band recently signed with the legendary Tommyboy Entertainment, releasing the powerful single ‘Cloudwalker’, securing their place as a rising rock band with superstar potential.