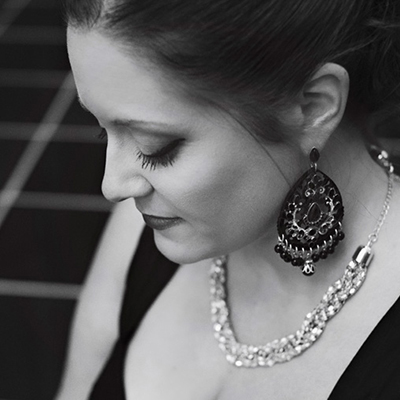 Heidi Burson’s story as an artist is one of shared human experience. Very early on, she felt the poignancy of the music of singers such as Etta James and Aretha Franklin. She was struck by the power and intensity with which they expressed the longing, which we all share, for love and acceptance. These influences, coupled with her own life experiences and a generous dusting of wry humor, have helped to forge a voice and style that is uniquely fascinating. When Heidi sings, people listen. They do so because her delivery is captivating. They do so because she speaks to their own inner feelings. Heidi is a soul singer.

Two years ago, opportunity knocked. While performing at Nashville’s Hard Rock Café, an intern from the Bobby Bones show videotaped Heidi singing her version of Prince’s Purple Rain. Completely blown away by Heidi’s incredible vocals, the intern did what all career hungry interns do by sharing this video with the show’s producer! The very next morning Heidi was contacted by the Bones show and invited to perform on air. During her performance, Bobby Bones himself was so astounded from Heidi’s vocal talent that he described her as, “better than 70% of the people who come in to perform and have record deals."Following her appearance on the Bobby Bone’s Morning Show, as her musical conquests were becoming more plentiful and time consuming, Heidi took a leap of faith, quit her full time job, and began touring the U.S. with some fellow musician friends.

Originally from Ohio, Heidi has been developing her soulful sound with her Nashville based band for the previous decade and has toured across America. This past June, Heidi crossed the pond to join a talented group of musicians on the Great English Pub Crawl tour and raised funds for local charities across England. In August, the musical group added a comedy troupe, for enhanced entertainment, while performing at the Edfringe Festival in Edinburgh, Scotland. The event’s organizer exclaimed, “Heidi is a world class singer, a genuine, rare and unique talent. It was a joy to work with her and entirely worth bringing her 5,000 miles to come and sing in our shows.” – Beth O’Brien of Ditto Entertainment

Heidi Burson’s unprecedented vocal range is reminiscent of Etta James, Aretha Franklin and Adele with songwriting skills comparable to the great Carole King. Patrons of every age find themselves out of their seats dancing the evening away while enjoying original music written by Heidi seamlessly weaved in with popular cover songs throughout the evening sets. No Country For New Nashville Magazine said of Heidi’s debut album, Every Shade of Blue, “The sultry tone that Heidi produces can silence most any room she is performing in.”Her politically charged single, Give Your Love Away, has been played on BBC radio and Hoxton Radio Ladies What Brunch, featured a live performance of her brand new song, Whenever You’re Around.

She is the winner of the 2015 Eddie’s Attic Open Mic Shootout putting her up with past winners like John Mayer and Jennifer Nettles. Her music is currently in rotation on Nashville’s online radio station, AcmeRadioLive.With the recent release of her highly anticipated new record, The Story, now available globally on soundwaves, and the exceedingly fabulous album release shows now under her belt, Heidi hopes to continue reaching across the world to connect people to each other with the love of good music and pursue more chances to be on stage with a powerhouse 12 piece band.